Facebook stalked me to remind me that two years ago today (March 2017) I qualified as a MovNat Trainer Level I & II. It’s been two years in the making but it is now time to tackle MovNat Cert III, Master Trainer.

Back in 2017 I happened upon the MovNat training system while diligently following a physical education program called “la méthode naturelle” (“Natural Method”). The ‘method’ was a physical fitness program created by Georges Hebert, first published in 1912, and I was using it as a self-help guide to becoming a fitter me!

I was following the ‘method’ because I had given up on conventional fitness models. I was not only bored of the modern gym with their machines and linear movements, I had become acutely aware that the model of ‘fitness’, promoted in the modern gym, was not even very healthy for me.

[If you want to read about my movement journey back to fitness, select ‘The Natural Method (A Personal Journey ‘ from the blog Categories.]

In contrast the ‘method’ was fun, practical, useful, skill-based, effective, exciting. Everything the modern 24-hr-Mc-Gym was not.

While following and researching the method I came across Erwan Le Corre’s MovNat. And in that program I found a home! As far as I could discern, MovNat had taken the best of Hebert’s method and brought it into the 21st century. More than this, Ewan had made the ‘method’ his own. He had  infused his MovNat with the foundations of Hebert’s method and added a modern-day approach, philosophy and methodology.

MovNat might not be a perfect system. Systems by their nature are never perfect. And philosophically I had, and still have, difficulty with the use of the word ‘natural’ (in natural movement). But when I put all of my highbrow thoughts aside, and consider MovNat at a purely practical level, it had a lot to offer.

So I signed up!

I completed MovNat Certs I & II in Melbourne and this was a challenge for me at that time. Back then I was nowhere near the skill or fitness level I enjoy today. And I was dealing with an injury: an abdominal tear. To put it simply, passing MovNat I & II was painful.

Between then an now I’ve had MovNat’s Cert III on my bucket-list of things to do and there have been more than a few hurdles to overcome.

The first of which was simply the fact that the Cert III course was only offered in New Mexico, USA! But separately from the geographical hurdle, I’ve been plagued by other setbacks: injuries and growing old!

My abdominal tear took forever to heal and still requires careful management. I’ve suffered several bouts of torn meniscus (I blame this on a professional gymnastic career). And the latest issue? Finger surgery. Somehow I managed to bring home a few pieces of Bali’s coral life inside my finger and they have recently been cut out!

But this is the year. I am finally going to make an attempt at MovNat Cert III, Master Trainer. And I won’t have to travel to the USA to do it!

I mentioned that Cert III was only offered in October in New Mexico, but when I took a look at the course offerings for 2019 I saw that they were offering a Cert III in Vienna, Austria. In July!

The upside? Europe is much closer than the USA. The downside? I have 15 weeks to go before I set foot in Vienna and I’m more than a little worried. 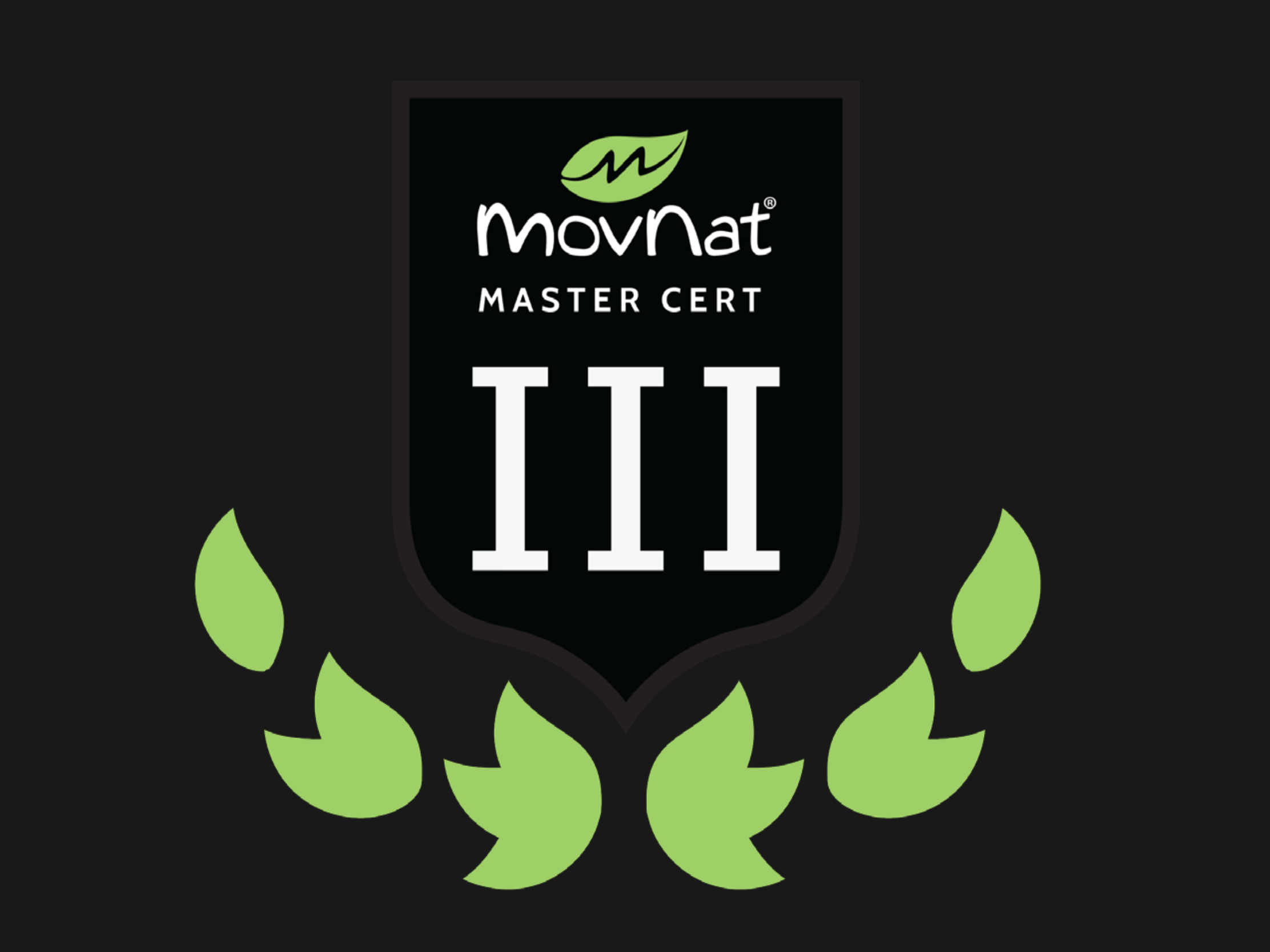 15 weeks sounds like a lot of time but the reality of what my body needs to recover from and the skills I need to learn between now and then means that time is not on my side.

Right now I’m 6-weeks post finger surgery with another 6-weeks to go before I should expect to be fully functional with my finger and hand.

I’ve read the MovNat Prep-Pack and there are skills and abilities listed that, to be quite honest, I don’t think my body will actually be able to do.

Here’s my top 3 ‘WTF’ moments from the MovNat Prep-Pack that have me shaking in my boots and will undoubtedly be a suitable physical challenge for me to overcome and become “MASTER OF THE UNIVERSE!”

Sorry, my inner child just reverted to the early-morning-kids-cartoon-version of myself where I was, literally, but only between 6:30 & 7:00AM, He-Man, Master of the Universe!

Here’s the stuff I’m most afraid of:

According to the MovNat Pre-Pack this is no ordinary run, but some crazy Neanderthal-hunter-gatherer version of the pass-time. They say:

“Use the fartlek method (very pace over the course of the run from sprint to pace) / run barefoot in nature / you’ll work on agility across complex terrain without shoes / expect to mount and traverse rope and mount and walk forwards and reverse on rails.”

You wait till I tell you my current base-line running situation and you’ll get a sense of why I break-out in a cold sweat just thinking about this physical test.

MovNat Prep: “Single Leg Squat Get Up (aka the “pistol” but starting from a seated position)”

To be honest I was surprised to see the “pistol” or “SLS” make it into the Cert III Prep-Pack.

As an older gent (think 45yrs+) with two medial meniscus knee tears in my knees, there is a real physical limitation preventing me from contemplating performing an SLS from a seated position.

And the reality of my knee injury hints at why I was surprised to see it included in the MovNat assessment.

When working leg strength and developing strength / range-of-motion, the pro/con matrix for whether or not to choose the SLS activity is usually resolved by the obvious fact that there are a bunch of other, equally useful, activities to choose from that have far lower injury-prone outcomes.

I understand that MovNat is serious about its Cert III trainers and DO NOT just hand these out to anyone, so from that perspective I think I can understand the rationale for it’s inclusion.

But apart from that. The SLS is definitely my kryptonite!

This just sounds like a ‘stand and deliver’ moment. It’s not that technical but it is an activity that will require a tonne of effort to complete and there will need to be enough energy left over to perform whatever activity might follow.

It goes without saying that right now I’m trying to shed as much weight as possible!!!!

Of course there are more activities, skills and exercises to be done to complete the MovNat Cert III, but the ones listed here are the ones that pose the most serious challenges to my current fitness and skill level.

I’ll post details of my training regime for a few reasons. A. I really want to keep a record of this journey. It’s been a long time coming and I’m super excited. B. There is a real challenge here that I think is worth sharing. Maybe my fitness journey, pass or fail, might help and inspire you on yours.

Damien Norris is the founder and senior whole-body movement and lifestyle coach at The Wilding Project (LINK), Perth Western Australia.

Olympic Fun & Fitness and The Wilding Project like Rewilding is dedicated to a movement rich life. Programs like Gymnastics, GymFIT, FootyEDGE, Parkour, Workplace Athletes, ActiveAgers and more all follow a simple philosophy, “Learn to move well and then never stop.”

Olympic is one of the longest running gymnastic and movement clubs in WA. We mix traditional gymnastics with the latest movement trends.